I am so blessed to be an American and to be able to Pastor Wilson Ave Baptist Church in Aurora, MO. Last Sunday was Independence Day, and as many other Pastors, I preached on “Freedom”. And, like many other Preachers, I forgot a couple of very important points at the end.

The emphasis at the end was that Freedom is a choice. Regardless of what is happening, we chose to be a slave to our situation or be free to trust that God is still in control and will see us through it. We can worry or we can wait upon God. We are free to choose to be saved or to go to hell. Our choice, no one makes you do it.

As an illustration, I read an interesting article several years ago about a man who was on death row. He had committed the crimes and resigned himself to the punishment that awaited him. Just before his appointment with death, the Governor gave him a pardon. The necessary paperwork was delivered and he read it over with great care. Then, he took the paper and handed it back, refusing to accept his freedom. Now the question became, what do we do? It was actually taken to the Supreme Court and the verdict was rendered – a pardon is not valid if it is not accepted. He died!

Jesus paid the sin debt for the entire world. He offered each one a pardon. Hell is filled with those who chose to die in and for their sin.

FREEDOM IS A CHOICE!

There are no upcoming events. 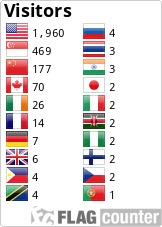